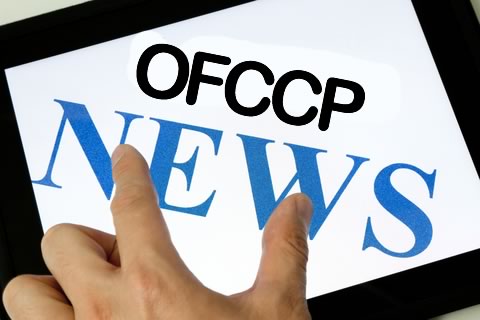 Equality Magazines gives you some options as you walk through the OFCCP minefield of proposed new rules and regulations.

Last week the OFCCP announced yet another proposed rule change that would again revise and make modern the “sex discrimination” guidance issued back in 1970.

“This update, the first in more than four decades,” explained an OFCCP spokesperson, “would reflect present day workplace realities and align the OFCCP’s rules with the spirit of the current law under title VII of the civil rights act of 1964.”

As always we at Equality Magazines will do our part to help guide you through this maze of new rules and possible solutions.

The proposed rule will be addressing a wide range of potential barriers to equal-opportunity and fair pay for women in the workplace. It will have specific language regarding, discriminatory wage practices, sexual harassment, rules for pregnancy in the workplace, stereotyping, gender identity and family caregiving.

For instance, here are some of the specific changes proposed in regards to stereotyping:

In updating the OFCCP language the Department of Labor and the EEOC have recognized population and social shifts such as the increased presence of women in the workplace and the Pregnancy Act (“PDA”).

OFCCP Director Patricia A. Shiu recently stated that “our sex discrimination guidelines are woefully out of date and don’t reflect established law or the reality of modern workplaces.”

Overall, these new recommendations simply mirror the current social and employment climate. The new language would potentially increase some of the current protections for female workers and industries traditionally held by their gender.

For example, for the first time caregivers are singled out and identified by the OFCCP, even though the EEOC did issue some guidance suggestions in 2007, they were never universally accepted or officially adopted by the OFFCP. Furthermore, since the courts have ruled that discrimination based on sexual stereotypes is not acceptable and are a concern to caregiver responsibilities, there will be some additional protection afforded to this category of employee.

Second, these rulings specifically state that pregnant employees are entitled to “accommodations.” As these recommendations should already fall in line with most current company AAP’s, all they would have to do is simply have to audit those companies’ current policies and inform their management groups of the new policies needed to stay compliant.

In order to justify these new regulations, the OFCCP cited the need for more and better data to identify alleged barriers to employment, even going so far as to issue a new 500-page Federal Contract Compliance Manual to guide its compliance officers (AKA yearly field auditors).

This indicates that the Obama administration is going to continue being extremely aggressive in its review of contractor compliance and increase its vigilance when it comes to audits and violations.

Miss Shiu goes on to comment that culture of the typical workplacecontributes to discrimination in some employment settings, but to-date, the OFCCP did not have empirical data to target interventions. Again, this is an indication that the OFCCP is going to use the information collected pursuant to these new regulations to challenge a wide range of employer practices and decisions.

In commentary related to the new regulations, the OFCCP made itclear “that data collection and analysis will be critical to its enforcement effort, and the numeric goals provide a benchmark against which a contractor’s efforts can be measured.” In that regard, the OFCCP said that measuring effectiveness without some goal was practically “worthless.”

When it comes to targeted minority recruitment & retention it will be important that as a human capital specialist you are able to take advantage of all of the resources available to you. Included in your arsenal should be at least one resource that will allow you to accomplish both your Human Capital needs as well as your Targeted Minority recruiting efforts.

At Equality Magazines we have been doing all of the above for our clients for more than 20 years. From job postings to community outreach and targeted minority recruiting Equality can be a one stop shop for your Diversity, Compliance and Minority Recruiting. With that kind of experience and the availability of professional consulting on the topics of Diversity and Compliance, they are one of the few that will not only allow you to reach into the Targeted Minority Community for the best and most retainable hires while moving forward with accepted and recognized compliance GFE’s.

The reasons that Minority Community recruitment resources (like, Veterans Enterprise, Black Perspective, Women in Business & Industry and Hispanic Today) are so valuable to you as a human capital specialist as well as to your company is simple. If well-established like those resources mentioned above, a minority community based resource allows you to integrate your AAP with OFCCP compliance by reaching into the community and providing valuable minority resources within the community as well as jobs.

Staying informed is how you stay ahead.

Equality Magazines.com and its family of Diversity Recruitment Vehicles have been at the forefront of recruitment, compliance and minority community outreach. Since 1997 they have been advocates of promoting diversity in America’s workforce; bringing the vast and talented pools of African-American, Hispanic, veteran, and female workers to the companies that need them.